The Netherlands - Today, the Joint Investigation Team (JIT), which investigates the MH 17 crash on 17 July 2014, gave an update of the state of affairs in the criminal investigation. During the meeting for both the national and international press in Bunnik, various findings of the investigation were presented. 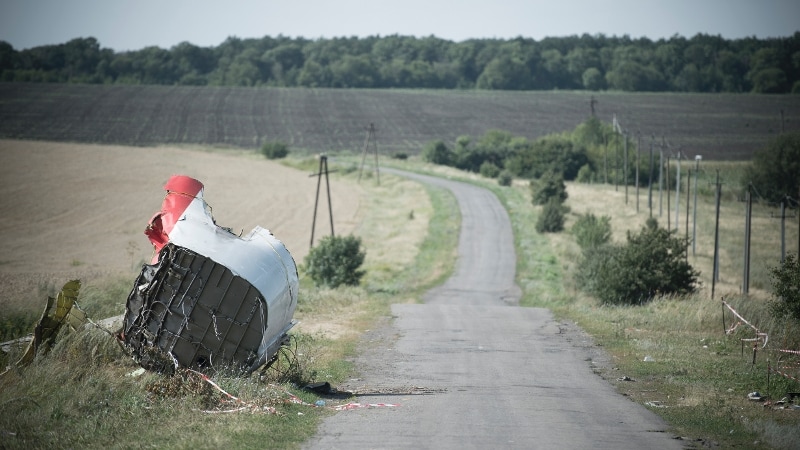 Relatives of the passengers who died in the disaster could follow the presentation through livestream. Because the findings lead to new questions, the JIT makes an appeal to insiders and eyewitnesses who may be able to tell more about the events on and around the downing of flight MH17.

The JIT is convinced that the BUK TELAR that was used to down MH17, originates from the 53rd Anti Aircraft Missile brigade (hereinafter 53rd brigade), a unit of the Russian army from Kursk in the Russian Federation. The JIT reached this conclusion after extensive comparative research. During today’s meeting, an animation of this comparative research was shown. Several images of the BUK TELAR with which MH17 was downed are available. Analysis of those produces a number of characteristics. The combination of those is so special that that can be considered as a fingerprint. This fingerprint has been compared with numerous images of BUK TELARS, both Ukrainian and Russian ones. The only BUK TELAR on which this combination of characteristics also was found, is a BUK TELAR that was recorded several times when it joined a convoy of the 53rd brigade on 23 – 25 June 2014.

Consequently, the JIT presumes that within the 53rd brigade and within the circle around it, people have knowledge about the operation in which that particular BUK TELAR was deployed and about the persons that were involved in it. Therefore, the JIT calls on insiders and eyewitnesses to share their information with the investigation team. Also information about the instruction of the BUK TELAR’s crew matters greatly for the criminal investigation.

The head of the National Investigation Service of the Dutch police, Wilbert Paulissen: “Who formed part of the crew? With which instruction did they set out? Who was responsible for the operational deployment of this BUK TELAR on 17 July 2014? We are convinced that many people have this information. That may be members of the 53rd Brigade, but also relatives, friends or acquaintances. And even people who have nothing to do with the 53rd Brigade. Please do not keep that information to yourself but contact the JIT. Our investigators can speak with you in several languages, among which Russian and Ukrainian.”

Already in September 2016, the JIT disclosed that MH17 was downed with a BUK missile of the 9M38 series.  In Eastern Ukraine, two parts of such a missile were found. These parts are the so-called ‘venturi’ and the ‘casing’, which were exhibited today during the meeting. This regards on the one hand the exhaust of the missile (venturi) and on the other hand the casing of the missile engine (casing).

The JIT has established that this involves a missile of the 9M38 Buk-series. To what extent both parts belong to the missile that was launched by the BUK TELAR of the 53rd brigade can, as yet, not be said with certainty.

Jennifer Hurst, Commander of the Australian Federal Police, explained, on the basis of an animation that the JIT urges the public to think about answering three specific questions about both rocket components found on the crash site.

Hurst: “If you have an answer to one or more of these questions, then we urgently ask you to contact the JIT.”

The criminal investigation is a large and complex investigation that steadily progresses. Independence, care and professionality are of paramount importance here. Chief public prosecutor from the National Public Prosecution Service Fred Westerbeke emphasized during the meeting that ‘though the circumstances and the complexity of the investigation make it a difficult task, substantial progress has been made during this last period’. Among other things, in the identification of those directly involved.

Westerbeke: “On 28 September 2016 we reported about a group of approximately 100 people, who in one way or another can be associated with the downing of flight MH17. In this field, big steps have been made. By now, the role of a large number of them is much clearer. It can damage the investigation and the ultimate legal procedure if we make it clear to those responsible for this event – and those further involved – how much we know exactly. Therefore you will understand that the courtroom pre-eminently is the place where the Public Prosecution Service speaks out about the accusation of – and the burden of proof against – individual persons. Subsequently it is to the court to pass judgement about that.”

During the meeting today, the JIT presented their conclusion that the BUK TELAR with which flight MH17 was downed, originates from the 53rd Anti Aircraft Missile Brigade of the Russian army. That conclusion raises questions, such as the question to what extent the relevant Brigade itself was actively involved in the downing of flight MH17 on 17 July 2014. An important question, into which the JIT is still investigating.

The authorities of the Russian Federation have, up to now, not reported to the JIT that a BUK of the 53rd Brigade was deployed in Eastern Ukraine and that this BUK downed flight MH17. On 15 October 2014 the JIT already asked the Russian authorities to provide the JIT (in line with resolution 2166 of the UN Security Council) with all information that may be important for establishing the truth.

Because the JIT no longer wants to exclusively turn to the Russian authorities to obtain information about this subject, the JIT also calls in the assistance from the public today – through the media – to answer questions that relate to the control of and the use of the BUK TELAR, as well as about the missile that was launched with that TELAR.

In the JIT Australia, Belgium, Ukraine, Malaysia and the Netherlands are working together. The criminal investigation focusses on truth finding and its ultimate goal is tracing and prosecuting the perpetrators of the downing of flight MH17 in the Ukraine on the 17th of July 2014. The victims of this disaster are natives of many countries, the so called ‘grieving nations’. With intervention of Eurojust the authorities of these ‘grieving nations’ are informed about the progress of the criminal investigation.