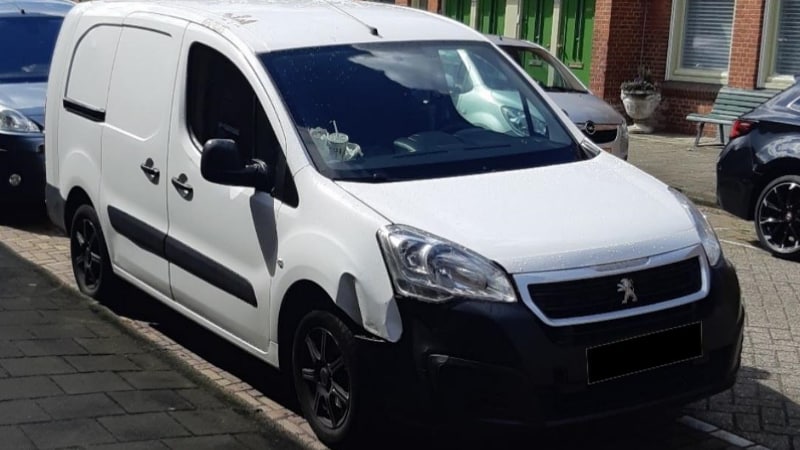 A suspect (72) was arrested after the Police, in a seized delivery van, found a man who was shot

The criminal investigation service arrested a 72-year-old suspect of the Israeli and Lithuanian nationality on suspicion of being involved in the violent death of a 23-year-old man from Amstelveen. This victim was found dead on 12 April 2021 during investigations into him being missing; he was found in his seized delivery van and he appeared to have been shot. The criminal investigation service has reasons to suspect that more people have been involved in the case and as the motive is not yet clear; we welcome any information about the case and any persons who might have possibly been involved.

On Saturday, 10 April 2021, a family member reported the victim missing. The last contact with him was on Thursday 8 April and after that he seemed to have disappeared. During the reporting of the incident, it appeared that the man no longer answered his telephone, that he did not use social media any longer and, against his habit, he did not come to his work either. The victim was working as a delivery courier of packages and postal packages

The criminal investigation service instituted an investigation which took account of a possible abduction. The Police found the delivery van which the man used in Latherusstraat, Amsterdam Noord. Due to the suspicion that the missing man might have been a victim of a criminal offence, the vehicle was seized and it was taken to a police location for further investigation. At that location, the forensic police officers made a gruesome discovery and found the missing man dead in the vehicle.

The arrest of a suspect in Germany
On the basis of extensive investigations, the criminal investigation service managed to find the identity of a suspect. The 72-year-old man was arrested in Leichlingen (Germany) on 26 April 2022. He is currently detained there and the Netherlands issued a request for his extradition.

Presumably, it is a matter of more people having been involved
Some of the evidence has indicated that the suspect who has been arrested is not the only person involved in this case. The criminal investigation service cannot exclude that more arrests might be done, however more information needs to be found about who might have been responsible for the death of the victim.

Do you know anything in relation to this case? Please contact the Police.

The motive is not clear
It is still not clear as to what the motive was and why the victim was killed. It might have been a private dispute but the criminal investigation service cannot exclude other scenarios. The criminal investigation service requests anyone who knows more about the background of this manslaughter/murder to report to the Police. Any witnesses who have reported to the Police already do not have to report again.

The victim is not known to the Police in relation to crime or serious crime. Years prior to his death, he fled with his family from Syria, his native country. His environment, such as his employers and his next of kin, speak of a kind and caring man who always kept to his agreements.

Sharing information
Can you give more help to the criminal investigation service? Contact the Police on 0900-8844 of use the form to give a tip You can also pass on information via the investigation hotline: 0800-6070. If you prefer to remain anonymous, call Meld Misdaad Anoniem (Crimestoppers NL) 0800-7000, or complete a form anonymously to give a tip and go to www.meldmisdaadanoniem.nl